At Barista Del Caffe, we fully understand that coffee beans are not properly understood by most people and there are so many questions that appear when thinking about various aspects related to coffee culture. A good cup of coffee always starts with choosing the best coffee beans and it is impossible to do so if you do not know the basics.

What Is Coffee A Bean?

For starters, before you buy whole bean Arabica coffee or Ethiopian coffee, you should be aware of the fact that coffee beans are not fruits, as most people think. The coffee bean is actually a seed.

This confusion appears because the coffee fruit is similar to cherries. It features seeds so what you use to brew coffee is actually the seed of the fruit. Coffea plant fruits, which is where beans come from, are named coffee berries or coffee cherries. Usually, the have two seeds, which are the coffee beans. The single seed option is also available but it is rare. It only appears in 10 to 15 percent of coffee cherries.

What Are The 4 Types Of Coffee Beans? 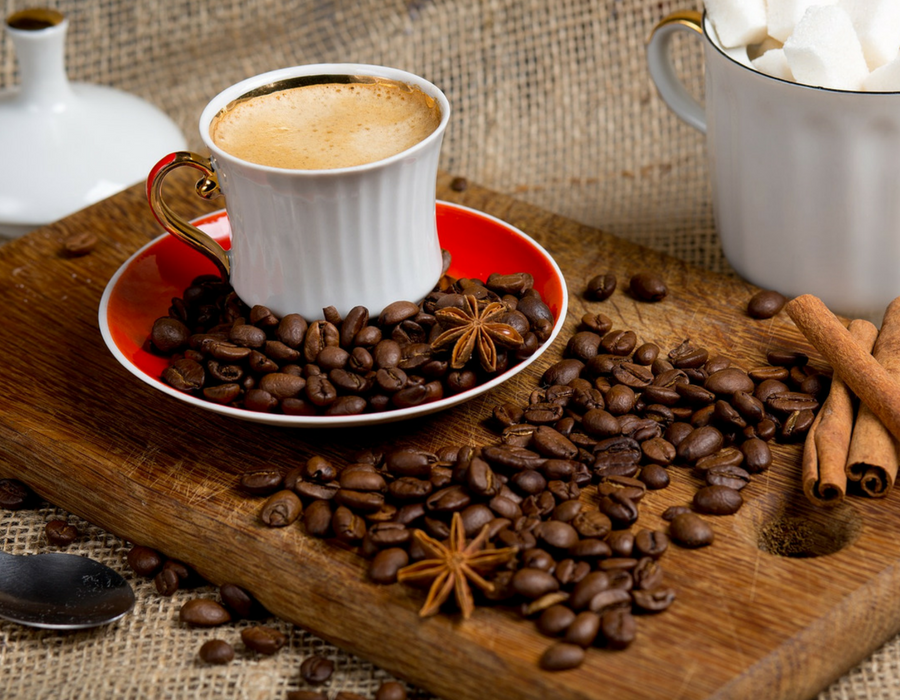 While most people only know about Arabica and Robusta, in reality, there are 4 types of popular coffee beans available. These are:

Over 60% of the entire production of coffee is Arabica. The beans are grown at a higher altitude, in areas that have plenty of steady rainfall and shade.

Out of all the types of coffee beans, Arabica stands out as the most delicate. It is very prone to disease and influenced by the environment. Great care is needed when farming. For instance, because of the preference of growing Arabica trees in large cultures, in the unwanted event that one plant gets a disease, a large part of the crop ends up affected.

Arabica bean quality diminishes when you serve it cold or with cream. Its best use is being served hot, preferably with the drip coffee or pour over technique. It can also be used for a good espresso though. You just cannot experience it as it should be and the filter option is preferred.

The second most-produced coffee in the world is Robusta. It is available everywhere and is named like this because this type of coffee has a very high tolerance to environmental changes. At the same time, it is close to immune to diseases.

When you brew at home, the best Robusta is of single origin. It is perfect for those that enjoy sugar and cream with their coffee. This is why it is preferred for the espresso base of many coffee-based drinks, like cappuccino or latte. However, Robusta blends are available for delivery from most roasters, just as with Arabica whole bean blends.

Nowadays, it is very difficult to find Liberica coffee but in the history of coffee products, it has a clear spot. During the 1890s, 90% of the Arabica stock in the entire world was destroyed by coffee rust. In order to find a solution, Liberica was chosen, with the Philippines being the first country to use it.

Eventually, after a dispute with the US, Liberica production int he Philippines stopped. Then, in 1995 it appeared again but Arabica was much more popular at that time. As time passes, it becomes more and more difficult to find Liberica beans or roasted coffee in stores and even online. Basically, although this type of coffee is new for most people, it is very old and close to being extinct because of the popularity of Arabica and Robusta delivery.

Officially, Excelsa is now considered to be a part of the Liberica coffee family. However, the two are different. This type of coffee mostly grows in Southeast Asia. Although it only amounts to around 7% of the entire coffee circulation, it is still renowned among enthusiasts because of its high complexity and unique flavor. The fruity and tart body reminds of lighter roasts so many coffee drinkers want to experience it as something new.

Light roasts are heated to between 180-205℃, creating a taste of toasted grain and higher acidity. They also tend to be the beans highest in caffeine, as caffeine decreases with higher temperatures.

High-quality beans or varieties with very distinct flavours are usually light roasted as this method allows the flavour of the coffee to shine through. A lightly roasted bean generally looks dry, as the oils haven’t permeated the outer skin.

Medium brown in colour, medium roasts are heated to a temperature of around 210-220℃.

They demonstrate a greater depth of flavour than light roasted coffee, with a more balanced combination of flavour, aroma and acidity and a slightly sweet, toasted flavour.

Like light roasts, the oil doesn’t penetrate the surface of the bean, maintaining the beans’ dry appearance. Balanced, easy drinking, and adaptable, this is the most popular roast in the commercial market.

The oils start to show on the surface of medium-dark roasted beans, which are a darker colour than the previous two roasts. Heated to around 225-230℃, the taste of the roasting process becomes noticeable, and the coffee taste may have hints of spice.

Any acidity disappears completely and, again, beans roasted this way will contain less caffeine than the two roasts already covered.

Dark roasted coffee is roasted until the oil rises to the surface and the sugars of the bean start to caramelise, reaching a temperature of 240℃.
They can appear almost black in colour, and may have an oily appearance thanks to the oils. The predominant taste is of the roasting process, which is strong, smoky, and sometimes spicy, and so this roast is usually reserved for lower quality beans.

These beans are most widely used for espressos.

How To Choose The Best Beans For You 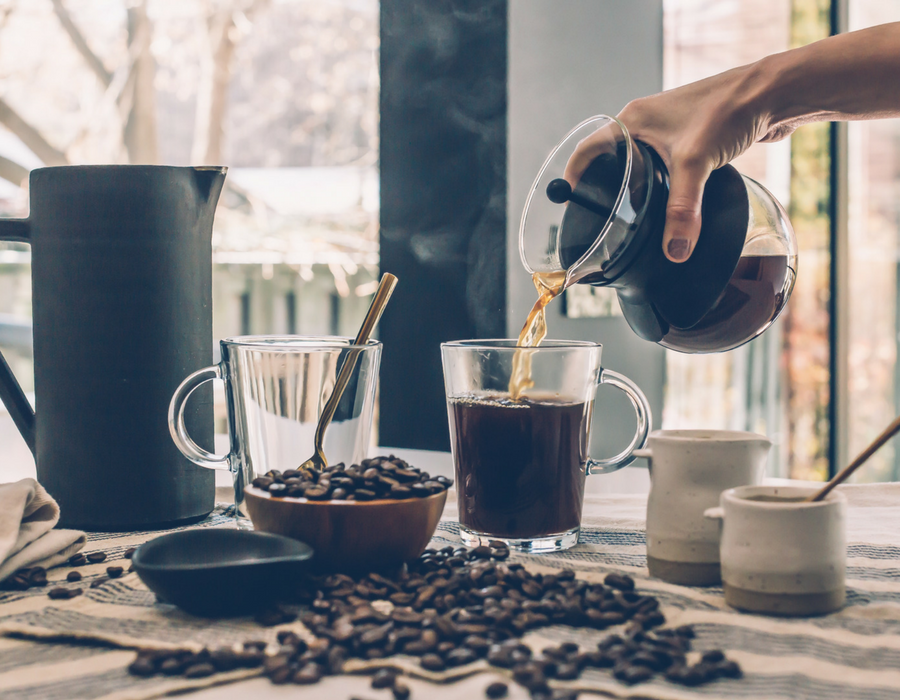 Many dishonest roasters try to take advantage of the customer that lacks knowledge and says that coffee lasts forever. This is incorrect. In fact, coffee starts to go bad a short time after being roasted. While the best time to use the whole coffee bean varies, generally, when you buy coffee beans, you are firstly interested in when they were roasted.

The best thing you can do is become a customer of the roasters that have the exact type of coffee beans you want and that roast them after you make a purchase. Basically, when buying coffee bean products, make sure that the roast date is printed. 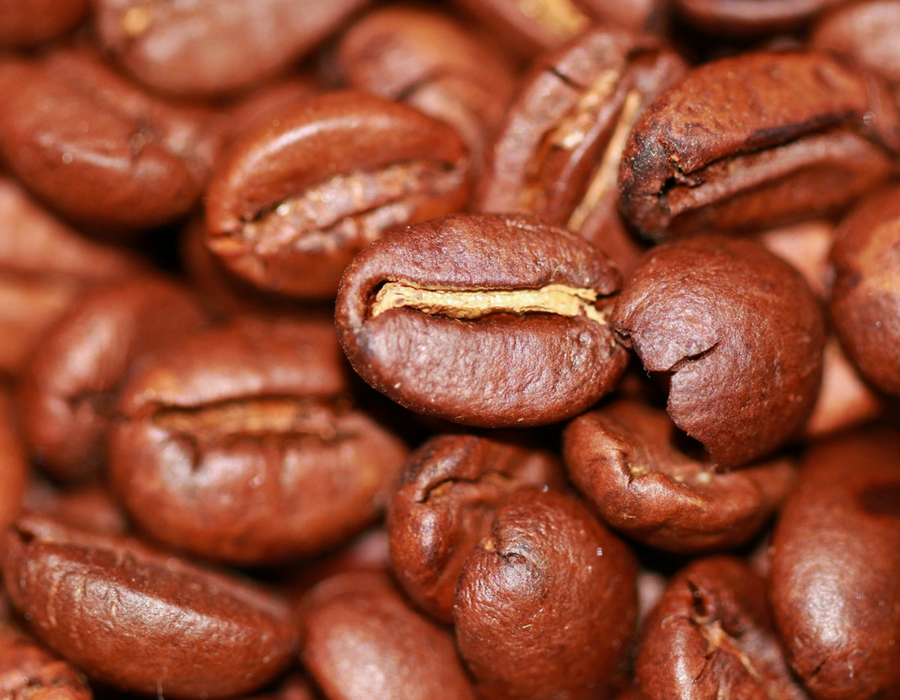 There is no wrong answer when thinking about the roast profile. There are clear differences between filter roast and espresso roast. You have to choose based on the coffee drinks you will make.

As an example, the espresso roast is made with specific equipment in order to increase body and caramelization. This makes it better-suited for espresso machines. The filter roast is developed to retain the natural acidity of the coffee bean so it is better for filtered brews. 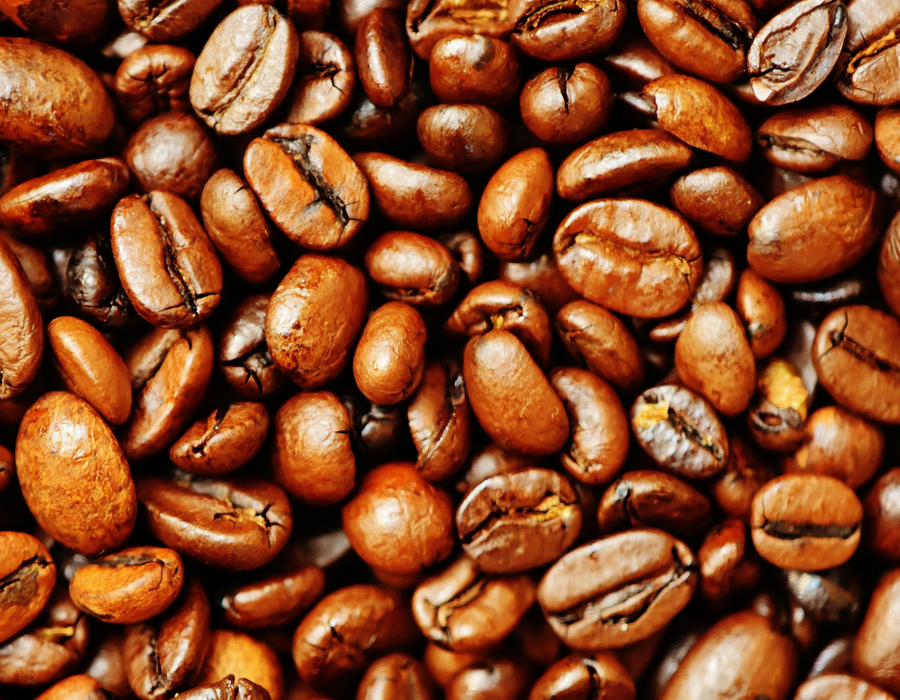 The processing method is often mentioned by roasters and even printed on their products. Even so, most buyers ignore it or do not know how important it is. Usually, on the coffee bag, you will notice a mention like “natural” or “washed”. These offer different coffee experiences.

The washed coffee (also known as wet-processed) has the coffee cherry’s outer pulp removed and then placed in a fermentation tank. After, beans are washed and let dry. As a result, the coffee has a high flavor clarity and features complex acidity.

The natural method involves having coffee cherries dry first. This leads to the cherry’s sugars and fruit flash to impact the coffee seed (bean). As a result, the coffee bean has a stronger aroma and characteristics that are similar to that of wine. 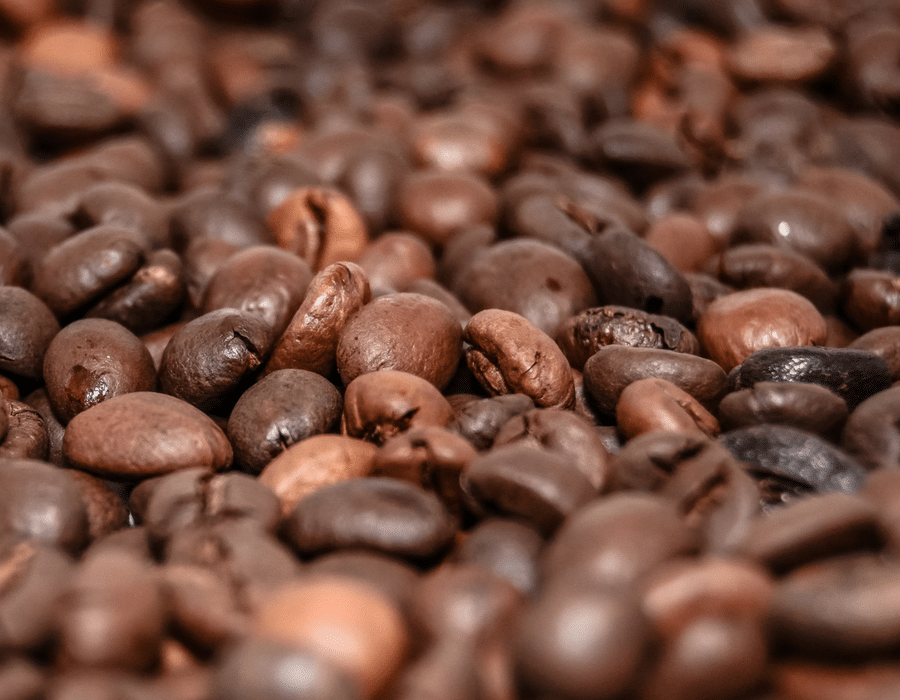 Single origin coffee is basically coffee that comes from one geographic location, like a coffee estate or coffee farm. The customer can appreciate the exact nuance that that is offered by the particular growing region. This is important for the black coffee drinker and much less-important for the person that enjoys a cup of coffee with milk or cream. Single origin offers the best access to flavor subtleness.

With blended coffee, different single origins are chosen and then mixed to create a specific blend. This is usually preferred to create a balanced and complex espresso that can also be used to brew milk-based coffee beverages. Roasted coffee beans from different regions can be chosen to add floral complexity or any other type of balance that would improve the espresso.

What has to be added is that single origin coffee can still be used for milk-based coffee drinks. When you first try an espresso made with a single origin coffee you experience something unique to the particular geographical region from which the beans came. Every location in the world where coffee is grown is different so we can say that even if you drink a cappuccino, an endless diversity is available. 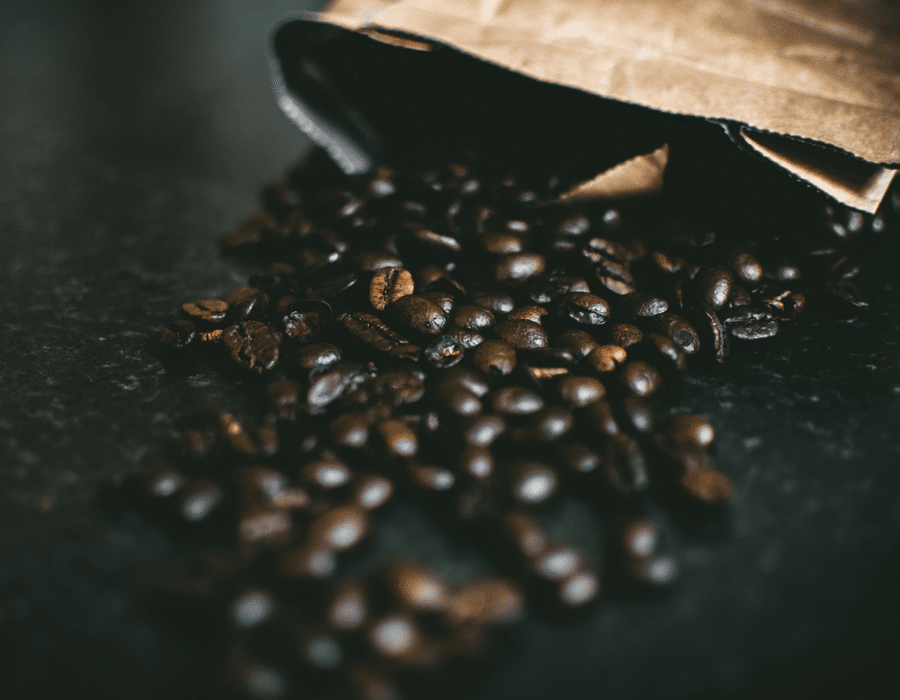 Nowadays, countless types of whole bean coffees are available and you can always try something new for your filter cup of morning coffee or for your espresso. Even new free samples are offered by manufacturers as they experience with the blends and types they offer for delivery. However, coffee drinking is highly subjective and the beans that you choose drastically influence what you end up drinking. Some love filter coffee while others just want to drink espresso.

No matter where you are in the world, learn all you can about the best beans for the type of drinks that you enjoy. Arabica coffee is very common but you might want to try some Robusta or buy Liberica to see if it is good for your filter cup of coffee.

Scroll to Top
This site uses cookies: Find out more.